Crowdfunding and taxation: A problem in need of a solution 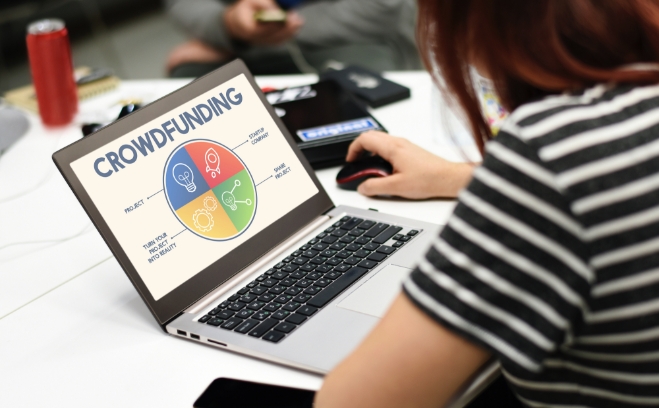 Crowdfunding (funding from a large number of people) is the collective effort of individuals to support efforts initiated by other people or organisations. This is typically done via the internet. By way of social media, online platforms provide start ups with innovative ideas the ability to raise funds in order to accomplish their goals.

Crowdfunding is a major form of Crowdsourcing, a term first used in June 2006 by Jeff Howe in an article published in the WIRED magazine entitled “The Rise of Crowdsourcing”. Crowdsourcing refers to outsourcing tasks to a large group of people or community (mass) via an open invitation. The tasks are not assigned to selected outsourcers, but to a crowd. In the case of Crowdfunding, the crowd assumes the task of funding.

Following the 2008 financial crisis, access to funding for new business plans was significantly curtailed. Funds from the quantitative easing programmes in the USA and the EU (the ECB followed in Fed’s footsteps, but had fallen behind due to Germany’s objections) were used by credit institutions in order to strengthen their capital structure on the one hand and to finance the actual economy on the other. At the same time, large enterprises and organisations on both side of the Atlantic essentially benefited for the zero interest rates moving forward with debt restructuring alone. This opened a window of opportunity for Crowdsourcing to become a new kind of social action.

How does it work?

The creator/entrepreneur presents a campaign on a platform where he describes:

– the amount needed for its realisation,

– sets a time limit within which the funds need to be raised.

This fundraising can take the following forms:

– Donation-based Crowdfunding, mainly refers to fundraising for social causes. The investor does not directly benefit from the donation, but indirectly benefits from the implementation of the project.

– Reward-based Crowdfunding. This model is based on a barter system, since the project being carried out results in the production of a product/service. Depending on the investment, investors receive various versions of the product or a reward which may come in the form of a memento, a meeting with the actors of a movie production, etc.

In Greece, the Crowdfunding regulatory framework is covered by the law that refers to shares listed for trading on the Stock Exchange, namely Law 3401/2005 “Information Bulletin on the public bid of securities and their listing for trading” and Law 3606/2007 “Financial instrument markets and other provisions”. Relevant amendments were made with articles 23 and 24 of Law 4416/2016.

From a taxation perspective, however, treatment differs depending on the form of the fundraising. This fact alone constitutes a major challenge. In an effort to combine the nature of the transaction with current tax provisions, we distinguish the following situations:

To date, Greek Tax authorities have not addressed this issue at its core. In the General Secretariat for Public Revenue’s (now Independent Authority for Public Revenue) reply under no. DEEF A 1004859 EX 2016/14.1.2016 (ΔΕΕΦ Α 1004859 ΕΞ 2016/14.1.2016), the Tax Administration essentially reproduced the guidelines that were prepared during the 102nd VAT Committee Meeting. In our opinion, Crowdfunding should be addressed with the enactment of specific legal provisions that will give incentives for the growth of this institution in Greece in a truly growth-conducive tax system.